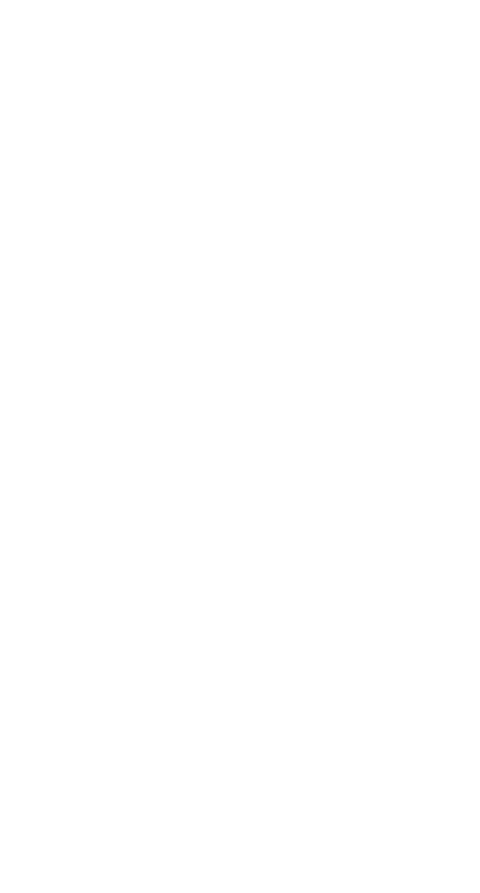 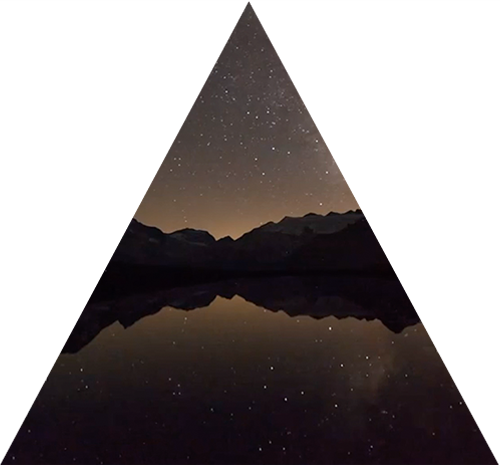 M80 is an investor in companies in Benelux and France. We seek out ambitious companies that embrace change and we work with them to create and realise their potential.

We don’t care whether you’re a market leader or not. We invest in companies with a unique mindset, ready to challenge the status quo, in sectors such as consumer, healthcare, business services and manufacturing.

Across Benelux and France we typically focus on companies that have sales between €25m and €300m, EBITDA between €5m and €30m and an enterprise value between €25m and €250m. Our preferred investment range is 10 – 60 million in equity. We are open to transactions where we can be a significant shareholder or the leading investor, aligning closely with founders or family shareholders and management. We steer away from real estate, R&D based life sciences, pre-commercial technology and companies that do not fit with our values and those of our investors. 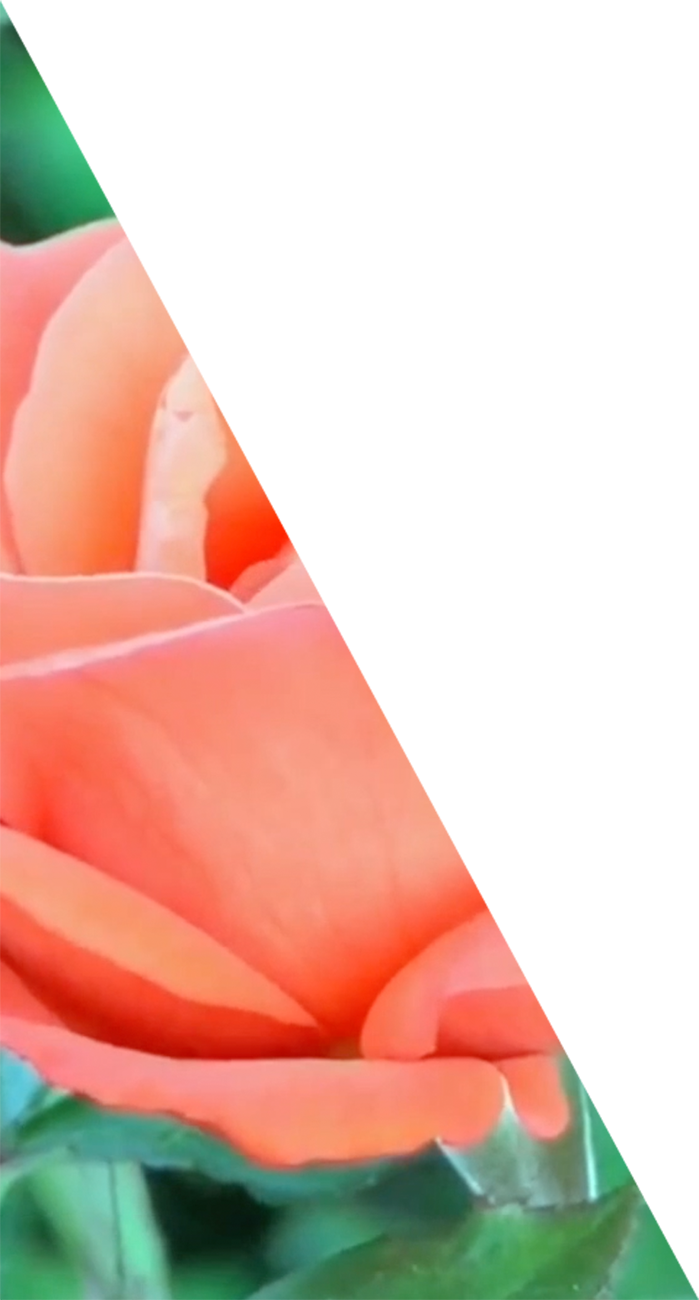 We are a balanced mix of successful senior managers and deeply experienced private equity and M&A professionals. Most of us are also entrepreneurs, having started and built companies. We embrace digitization – we have used it to transform companies and to improve our own daily lives. 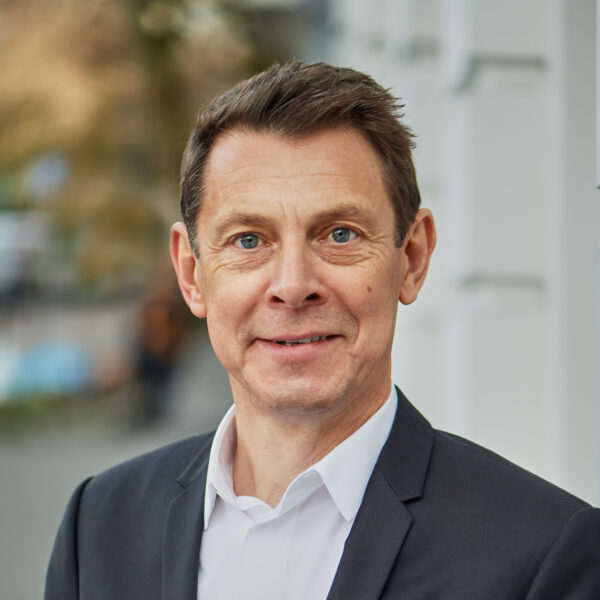 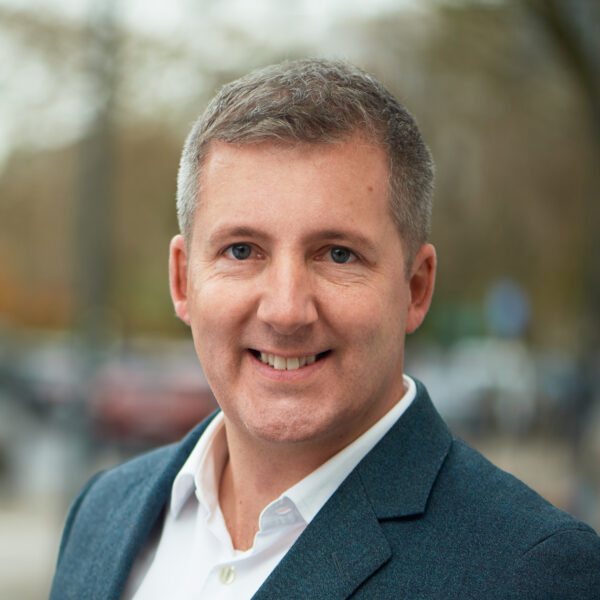 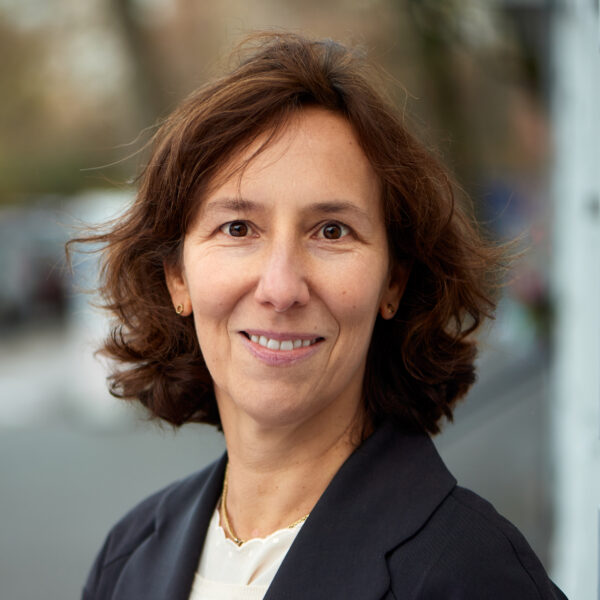 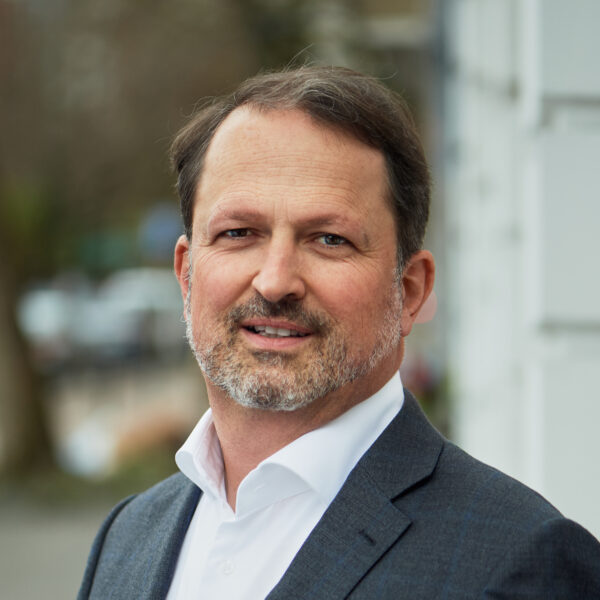 Peter is founder and CEO of M80. He was a managing director at Gimv, where he was responsible for Gimv-XL, a €609m closed-end fund aimed at midsize companies in Flanders. Peter also led Gimv’s private equity activities in Belgium and its Consumer platform in Benefralux. Gimv-XL’s participations included investments in Vandemoortele, Greenyard, Punch Powertrain, Lampiris, Xeikon, Hansea and XL Video. Investments from Gimv’s Consumer platform included Melijoe, La Croissanterie, Joolz, United Dutch Breweries and Snack Connection. Peter has created value for his investors by growing companies rather than by financial wizardry. Throughout his career he has advised families and companies on managing growth and organizing succession.

Pieter founded his first company in Belgium, a specialist in over-the-counter health care products, while he was still studying. After five years at McKinsey & Company, Pieter moved to New York in 2007 where he created and led the team that developed and rolled out the global franchise network of Le Pain Quotidien. He set up the Pain Quotidien’s global marketing team and ran the company’s international brand and marketing strategy. In 2015 he became CEO of Le Pain Quotidien Belgium.

Selected Past and current Board engagements

Jehanne is CFO of M80. She was previously at Pacific Crest Group in San Francisco where she worked with Silicon Valley start-ups and scale-ups to develop their finance and accounting functions. As finance director for NewTree America, the Belgian high-end sustainable chocolate company, Jehanne helped launch and build the company in the US market. Jehanne has a deep experience in financial markets, having spent 15 years as an analyst at Puilaetco and Dexiam.

Carl has a track record of leading companies through significant digital transformation. He drives projects from conception to implementation, working hands-on with senior management and IT teams to embed systems such as CRM, ERP, predictive analytics, lean management and agile software development. Carl acted as CIO at Raet, the leading HR software company from the Netherlands, owned by CVC Capital Partners and later HG Capital, bringing operational efficiencies which translated into direct bottom line results. At Euroclear, he led a lean management transformation which is still considered a benchmark transformation in the European financial industry. Carl started his career at JP Morgan & Co on Wall Street and then remained in New York as a member of the management committee of Ubizen, the Belgian cybersecurity company. He is co-founder and co-owner of Nova Reperta, a 50-strong enterprise transformation consultancy. 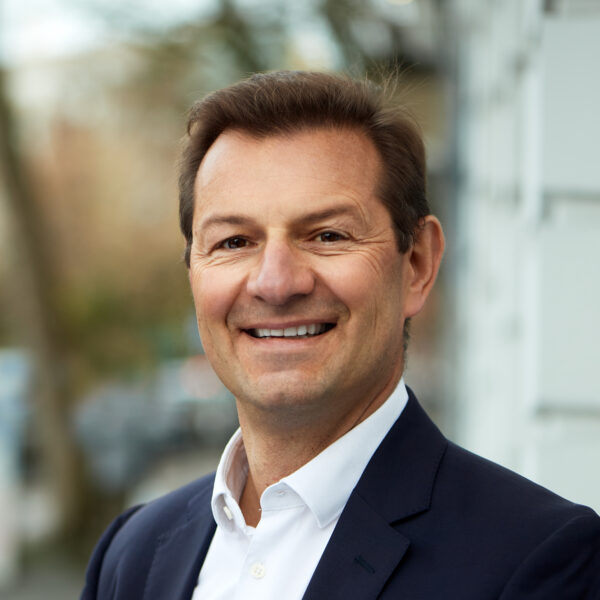 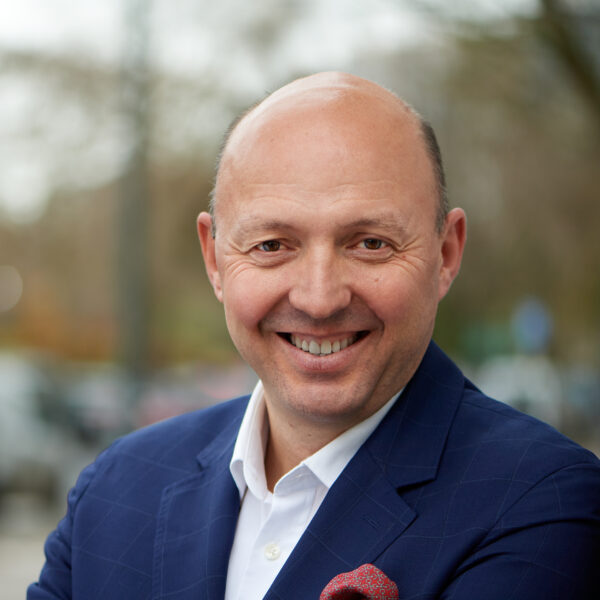 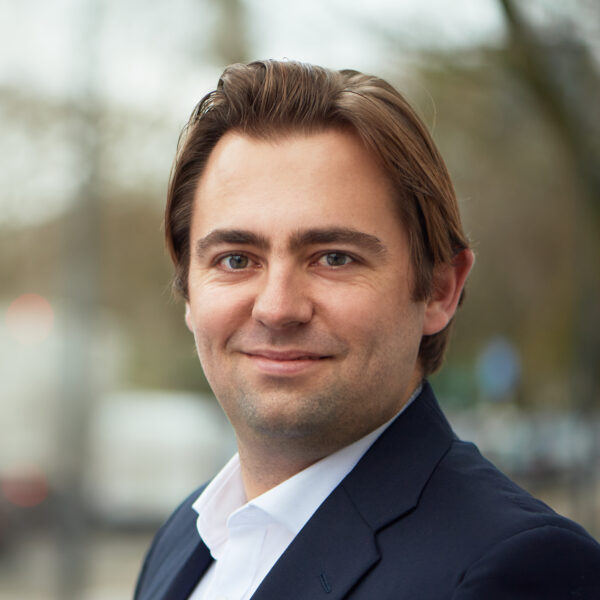 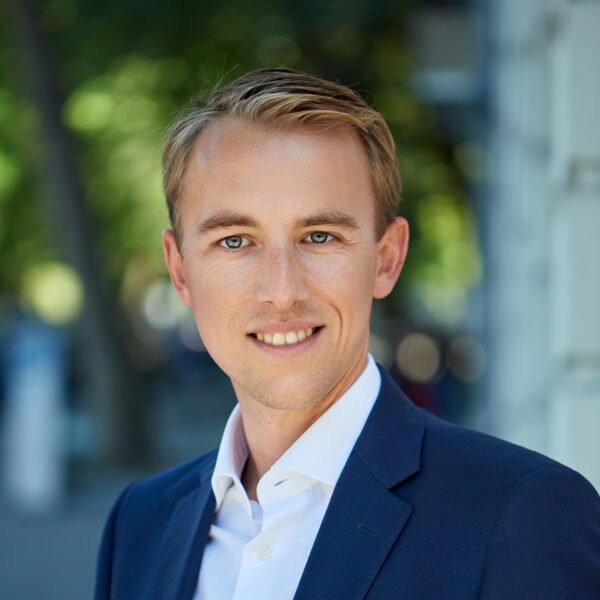 Xavier has been CEO of several lifestyle & FMCG companies in France. At Nocibé, where he led two consecutive management buy-outs with Bridgepoint and Charterhouse, he repositioned the brand of the cosmetics and perfumes retail chain and pioneered a multi-channel strategy – resulting in a French market share increase from 13,6% to 18,5%. After an early career in finance, Xavier moved into entrepreneurship as part of the core team that launched the Okaïdi children’s clothing retailer, and brought it to break-even within three years. Being a board member of Wolf Lingerie along with Gimv and Alsace Capital, Xavier became CEO in 2016 where he developed and drove a value-creation strategy based on a digital transformation and an overhaul of the business model.

José started coding and selling his own software at age 13 in 1980 in his local computer shop in Verviers, Belgium. As a student and young graduate, he developed and sold software to international corporations and institutions. José has IPO’d three companies of which he was founder or early investor. He first co-founded skynet.be, one of Belgium’s first internet portals. He was involved in the business side and the technology side – having coded the central systems including automated invoicing, payment verification and customer service. Following the sale of skynet.be to Belgacom, José co-founded Keytrade Bank which was Belgium’s first online broker. He is currently an investor in and advisor to multiple start-ups.

As well as being in the M80 team, José is also Executive Chairman of LeanSquare, a venture capital investor.

François spent the first part of his career in the public sector where he was advising executives on diverse range of financial topics such as M&A, financing structuring, accounting, tax policy and investments. He focused on the energy sector where he managed major transactions. In 2017, he moved to Chicago (USA) to obtain his MBA from Kellogg School of Management – Northwestern University. In that context, he interned in the Investment Banking divisions of Credit Suisse (London) and Marathon Capital (Chicago).

Bart started his career as a research assistant at Vlerick Business School, with research themes in finance and private equity. After spending two years in the TMT client coverage team at ING Corporate Clients, Bart joined the corporate loans team at PMV, the autonomous investment vehicle of the Flemish Region. As an investment manager, he worked on many corporate and acquisition debt transactions, as well as business development. 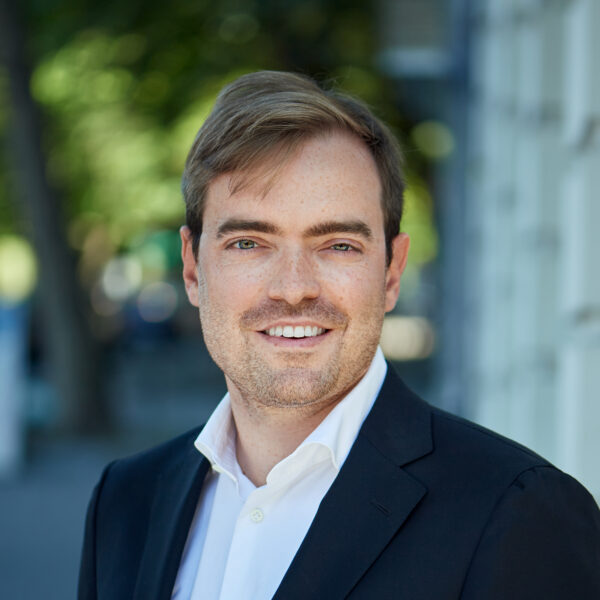 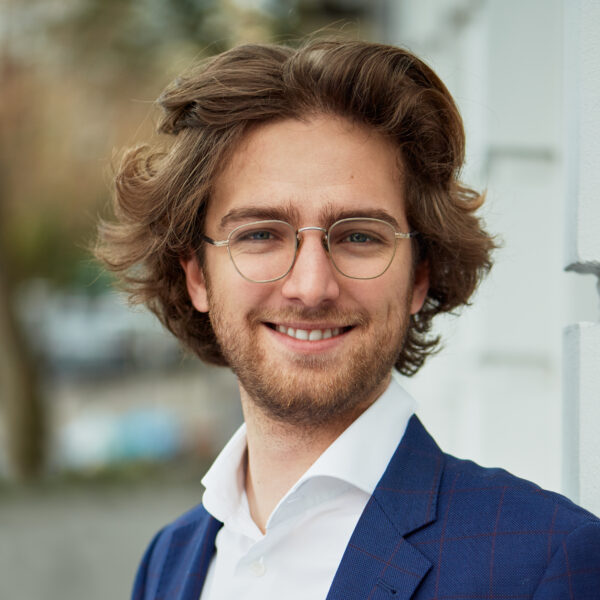 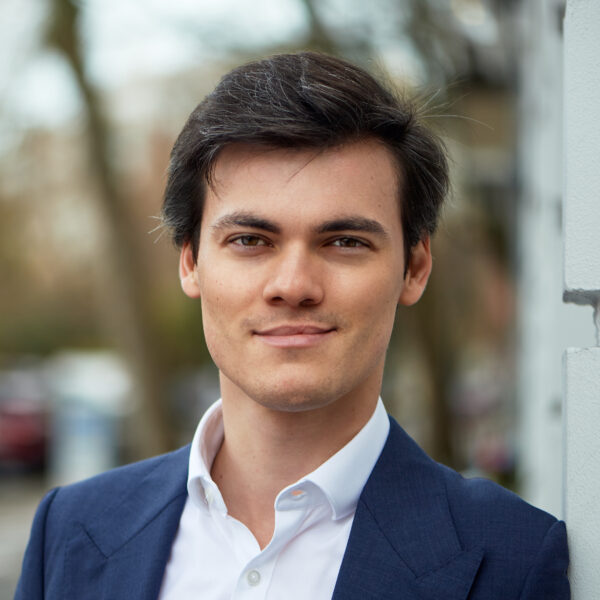 Before joining M80, Thibaut spent most of his career at the Investment Banking division of BNP Paribas, advising a wide variety of large-cap and mid-cap companies on Mergers & Acquisitions. Next to a generalist role at the BeLux team for about 6 years, Thibaut worked 2 years at BNP Paribas Paris,  where he was respectively part of the Transportation Industry team and the M&A Execution Group.

Ward started his career in Corporate Finance. He gained experience in M&A. Ward has mainly worked on valuation models.

Paul-Elliott gained his first experiences in Equity Research at Kepler Chevreux and in Investment Banking at Natixis.

We put our entrepreneurial, management, financial, private equity, change-management and digital skills to work in ambitious companies to:

We do not stick our noses in every detail, but we play an active role if and when needed. We believe in having a clear common purpose. We motivate, inspire and help. We focus on the long term. We work based on mutual respect for our investors and for our portfolio companies. We listen, we evaluate the options, and we act upon what we hear and see. We believe in the positive power of private equity.

We are based in Brussels.
Paris office will open in 2019.

Our offices are at 600m from Brussels Midi/Zuid station, the main station for arrivals by Thalys, Eurostar and TGV in Brussels. In the station, go towards platform 22 and take exit “Fonsny”.  The walk is less than 10 minutes – follow Google Maps. Alternatively, take the metro. Taxis are best avoided – if in doubt, take an Uber.

Easiest is to use Waze, introducing “parking Porte de Hal Brussels”. There are charging stations for electric cars on the -1 level. Take the elevator and you will see rue de la Victoire more or less in front of you. Look for a café called “Straton”.

Our offices are next to metro stop Porte de Hal/Hallepoort (both lines 2 and 6). Leaving the metro via de escalators, rue de la Victoire is on the other side of the historical tower. Look for a café called “Straton”.